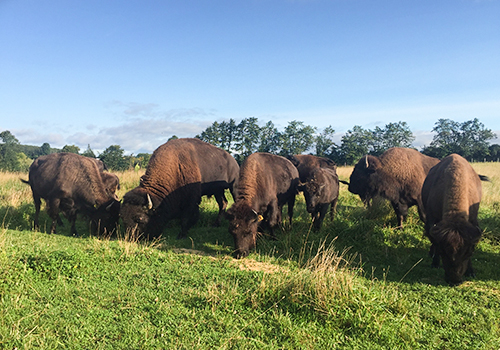 Conservation Starts With Us

Bison One Million is an ambitious commitment started by Ted Turner to build the North American bison population to one million animals.

What This Initiative Means

The North American bison population has steadily recovered since an estimated 700 animals balanced on the verge of extinction in the mid 1880’s. Today, there are an estimated 385,000 bison in North American private, public and tribal herds, according to information compiled by the National Bison Association (See charts at right). If, however, the herds could expand at a rate of little over 10% per year, over the next eight years, the overall North American herd would surpass one million animals by 2025.

How We Can Help

Ranchers from all over North America, even Ontario, Canada, develop a game plan for our individual roles. Just as important, federal, state, and provincial agencies must play a role through new policies, including:

We Have a Passion for Bison